Sontay, the market leader in field control devices, is working with E.ON Controls to deliver energy efficiency savings to 400 Premier Inn hotels in the UK.

Premier Inn was named the UK's top-rated hotel chain for 2018 according to Which? With almost 800 hotels and more than 75,000 rooms across the UK and Ireland, Premier Inn guests are never far from a great night's sleep at fantastic value rates. Premier Inn hotels are in more locations than any other UK hotel brand for the ease and convenience of leisure and business travellers alike.

With such a large number of rooms spread across multiple sites, keeping on top of energy consumption on a project like this and finding ways to save energy can be challenging. However, for the last three years, the Whitbread Group has been working with E.ON Controls on a roll out to install a Building Management control solution to a percentage of hotels to save energy.

“There are a vast number of Premier Inn hotels across the country,” comments Nigel Holyoake, Project Manager at E.ON Controls. “Before we started this project, we could see there was huge potential for the Whitbread Group to conserve energy and run as efficiently as possible.”

The refurbishment project includes a number of Sontay sensors selected by E.ON controls and provided by one of Sontay’s distributors, Western Automation.

In the restaurant and back of house areas within the hotels, E.ON controls have installed Sontay space sensors to monitor the temperature. With their sleek aesthetics, the TT-1000 room sensors will measure air temperature precisely within the areas. Utilising the latest high accuracy temperature measuring element, the sensors can be supplied with a wide range of user interface options such as set-point adjustment, momentary switch and fan speed selection together with a multi-line backlit LCD display.

Although the new controllers and sensors have been installed, the project has not ended. In some ways, it has just begun. E.ON Controls is now able to analyse the energy usage of all hotels from its central control department in Glasgow. 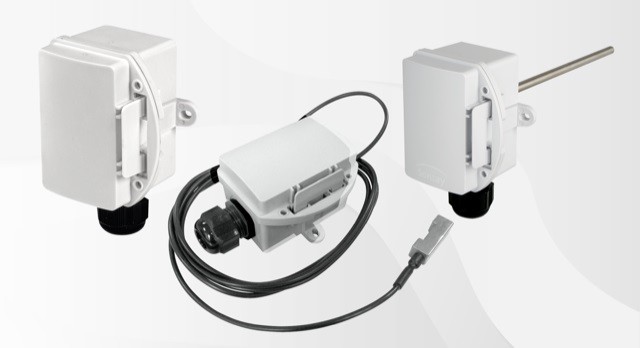 “We are monitoring the energy usage on a 24/7 basis. We can easily see when energy usage goes up or when it goes down and investigate further when required. Since we started this programme of refurbishment, we have seen the energy consumption go down on an annual basis. The hotels are now more efficient whilst still providing the highest level of comfort to Premier Inn guests.”

Nik Billingham, General Manager at Western Automation, comments, “This was a large project with multiple sites spread across the country. It took a lot of work to ensure the products were delivered on time to site due to demand but we knew we could honour our commitments by working with Sontay’s Internal and External Team. We could gauge stock demand, and by keeping a good stock level of the controls in-house and in turn providing a prompt delivery to Nigel and the team, ensures that each site project is supplied on time for both E.ON and the Whitbread Group alike.

“Our continued great relationship and joint experience with both supplier and client means the process was both smooth for us and as easy as possible for E.ON controls when it came to installation.”